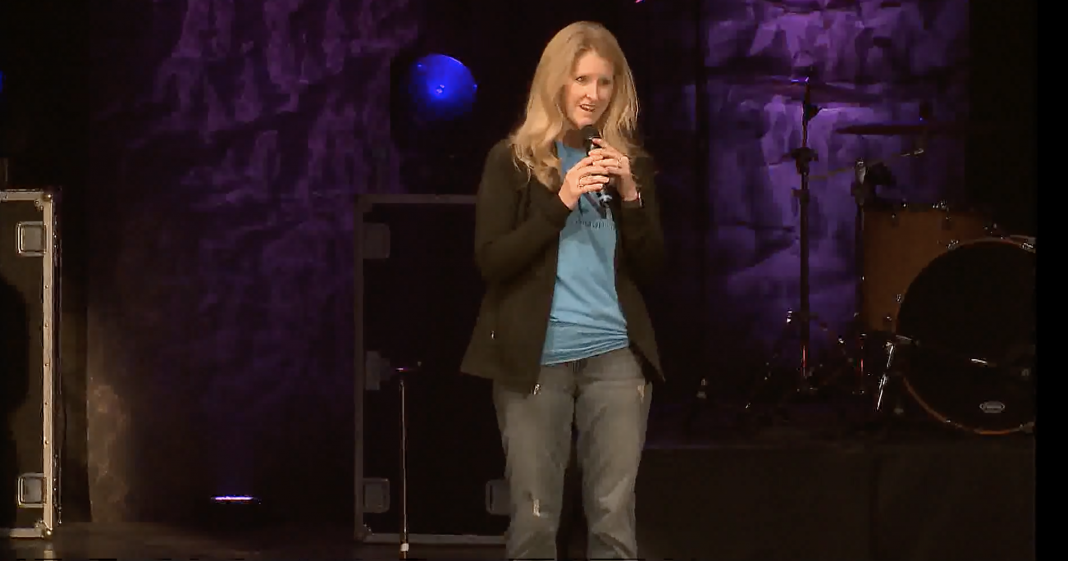 At Converge 2018, attendees had a chance to hear from Amy Mauk and her powerful redemption testimony. After an unexpected teen-pregnancy that lead to a secret abortion, she was sure God was punishing her when she eventually got married and struggled to get pregnant. Listen as Amy shares the moment God rid her of shame and redeemed all that she thought was lost!

Amy’s childhood was pretty typical of a Christian family. Her parents were heavily involved in church and she herself remembers spending much of her time there. It wasn’t until Amy’s dad came to her one day and dropped the news that her parents were separating. Her dad left the home and wasn’t around to fill the new emptiness of her heart.

As Amy got older, she remembers a recurring question would come to her mind: “what will people think?”. This question would become the momentum to create two versions of herself: the Church Amy and the School Amy.

This double life would lead to partying and promiscuity and eventually come with an accidental and unwanted teen pregnancy. Amy knew the implications of her lifestyle had finally caught up with her, but she couldn’t bear the shame it would bring to the Church Amy. She made her way to the abortion clinic and her life returned to “normal” within a few moments…so she thought.

But God wanted to heal Amy. He had a greater purpose of the pain that began with her parents separation.

Fast forward a few years from her teenage years and Amy marries a wonderful Christian man. All she could think about was having a child, but she was sure she would be punished for the secret abortion she had as a teenager. She was overcome with the fear and lie that she was believing until she found out she was pregnant…but with complications.

Amy found out she was experiencing a miscarriage, and again, went back to the lie that God was punishing her. Amy pleaded with God the night before the procedure, asking him to forgive her.

What she didn’t realize, is God forgave her from the beginning and simply wanted to heal the wounds of her heart. When she went in for the procedure, the doctor did one last ultrasound. This time…there was a breathing baby. Amy was unknowingly pregnant with twins! Sarah, her first born was healthy and whole and two years later, Amy gave birth to another set of twin girls.

Amy shares that God is not a punisher, he is a healer. When we hide our secret sins, we take away the chance for God to use others to speak truth over us. Amy could have easily been released of her pain long ago, but choosing to live a double life took her on a path of choices she could have easily avoided.

Amy closes with sharing how her dad came back home one day after 7 years of living a different life. The day he went back to church was the day her father went to the altar and made his faith real. God restored Amy’s parents completely and she knew God was a God of forgiveness and restoration and believes there is so much redemption for our lives if we begin to see God as our healer.

How to be an influential Christian

What is Biblical Justice?