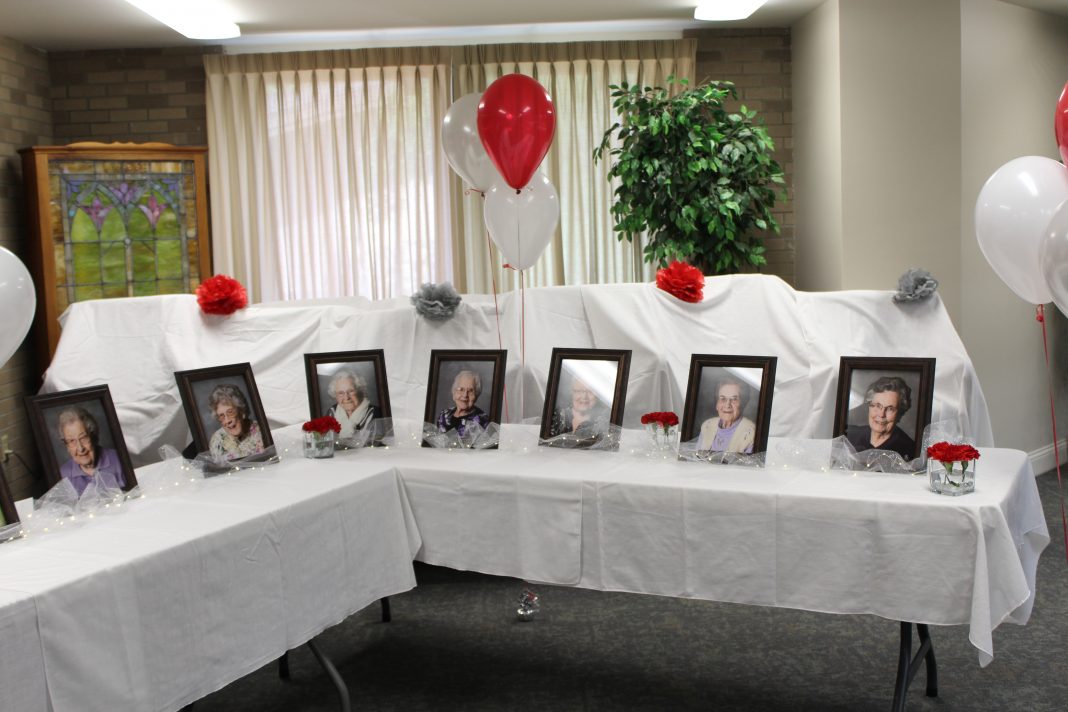 The year was 1919. Woodrow Wilson was president. Women’s rights was up for vote in the US Congress. The Green Bay Packers were being founded. And Felix the Cat was making a scene in the comic world.

Meanwhile at that time, in northeast Indiana and northwest Ohio, some very important people were in the formative years of their lives.

“We have 11 centenarians under one roof.” said Michelle McIntosh, Swiss Village VP of Marketing & Public Relations. Swiss Village is located in Berne, IN. “We wanted to be able to offer a celebration that would include the residents’ family members.”

11 individuals, who were either born in 1919 or were just toddlers at that time, were honored on June 12, 2019, during Celebrating Our Centenarians. 55 people attended the luncheon, a chance to gather family, combine generations and share wisdom and knowledge.

“At Swiss Village Retirement Community we are always looking at ways that we can provide inter-generational programming.” said McIntosh. “We know that our residents have many stories to tell, and we thought this would be a perfect opportunity to allow young high school students a chance learn from and interact with these individuals who have experienced so much in life. We reached out to South Adams High School, which is part of our local community, and set up a time for the residents and students to meet and be interviewed. Each resident was assigned to one or two students. The students then wrote biographies for each resident interviewed.”

“We also wanted to include the children who attend our onsite daycare center (Kinder Haus). The children spent time making birthday cards for each centenarian. They hand delivered their cards at the celebration luncheon and sang happy birthday to them. For the kids, ages 12 and under, 100 is a pretty big number.”

100 is a pretty big number! Resident Bessie Sanders will reach that mark in December of this year, as will Evelyn Beitler and George Buhler. Currently in their 100th year of life, Anna Marie Neuenschwander, Mary Grzelak, and Juanita Arnold. Elizabeth “Betty” King, Mariam Sprunger, Ruth Dubach and Louise Houser are 101.

And the oldest resident at Swiss Village was born on a small farmhouse outside of Berne, back in April of 1913. Anna Haecker is 106. Just take a moment to think about everything one can experience in 106 years. Anna has been alive for 18 presidents. She experienced living through World War 1, World War 2, the Great Depression, the Korean War, and 9-11. She rode a buggy into town, but walked to school. Her father was in the Army, and her husband was, too.

“We felt it was important to recognize these individuals because it is not very often that we have this many centenarians all under one roof. Our centenarians have experienced so much in life. They have lived through some very difficult times. Each resident is so inspiring. Many of them said during their interviews to the students, that it is so important love your family and treat everyone with love and respect. ” McIntosh said.

Swiss Village has been serving residents in the Berne and surrounding community for 51 years. Their mission is to provide quality services and affordable facilities in a Christian environment that enhances life with dignity, meaning, and opportunities for growth.

TV-44 is blessed to know that residents of Swiss Village appreciate TV-44. We are grateful to have such a devoted group of viewers from the Swiss Village Community. 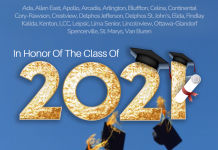