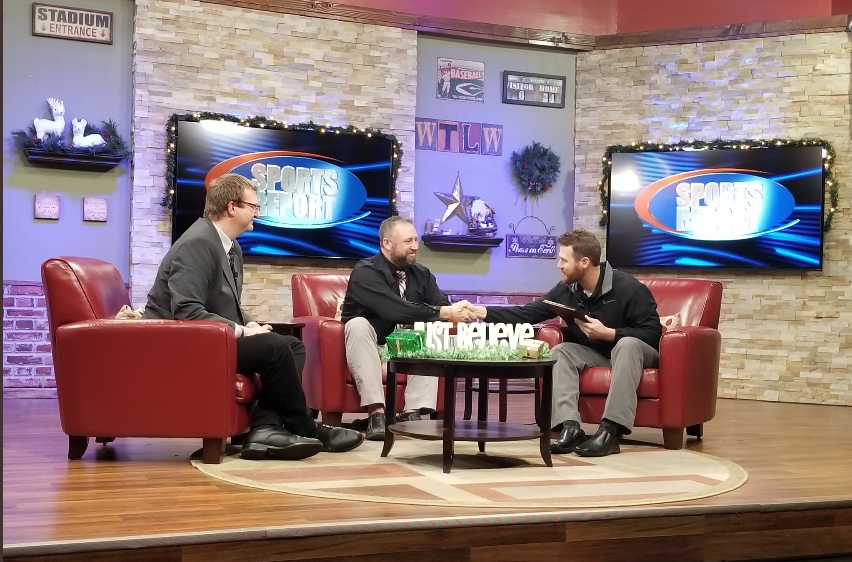 It is one thing to lead young men through plays on the football field. It’s another thing to inspire and encourage them as they mature in life. Those are just a few of the reasons behind this year’s selection of the John Reed Leadership Award.

WTLW-TV 44 and the Fellowship of Christian Athletes are excited to announce Andy Schafer as the recipient of the 2018 John Reed Leadership Award. Schafer is head football coach at Columbus Grove High School. The award is given annually to a local football coach exemplifying Christian character and moral strength, creating a legacy both on and off the field. 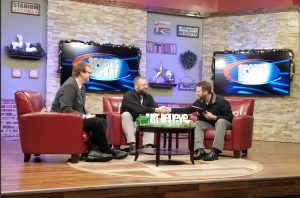 “I can’t think of a more deserving person to receive this award.” said Sommers during the award presentation.  “He helps so many. After the game, no matter what, he is humble overall a great guy, remaining encouraging to the players regardless of the outcome. He is one of the most positive people I know, and his heart’s in the right place. It’s a guy you can really look up to. I look for guys like this in my career- people I can look up to.”

Coach Schafer recognizes that a key to effective coaching is family commitment. “This is really a family thing for my wife and kids. We really pour ourselves into the team.  I’ve felt it to be a mission, to do what I can to build up young men [to grow into responsible young adults.]”

He also sees coaching as more than just focusing on the sport, this past season focusing strongly on positive character and respect of others. “You always try to teach your kids character, but this season I really felt it was important to show character. That’s where I got the idea to invite a different coach this year to talk to the team, and I had Coach [Chris] Sommers come talk to the team.  And then he asked me to come speak to his team. When we got into the season, and our teams went to battle, and it was great to see how our players respected him and his players respected me.”

Above all, Coach Schafer recognizes the importance of faith in Christ.  “That’s everything for me. It’s a key to living life. It’s amazing to see not only Jesus impacting your life, but how you can impact others. I’m going to live my life as a man of God, as a believer, and see what happens, how others will respond.”

One way Coach Schafer is living out his faith is through support of CG Connect, a place in downtown Columbus Grove that offers a safe, positive social option for junior high and senior high students.  “We have open house on Friday nights. Some Bible studies are taking place for 5th grade through high school. It’s neat to see families coming alongside in the community. ”

In It for the Long Haul

Coach Schafer believes in “staying the course.” He recognizes answering a calling in life is typically a marathon and not a sprint. Read at his father’s funeral, James 1:12 serves as inspiration.  Blessed is the one who perseveres under trial because, having stood the test, that person will receive the crown of life that the Lord has promised to those who love him.

Congratulations to Andy Schafer, the 2018 John Reed Leadership Award recipient. A plague displayed outside the TV-44 sports office now bears his name, as well as all past recipients.