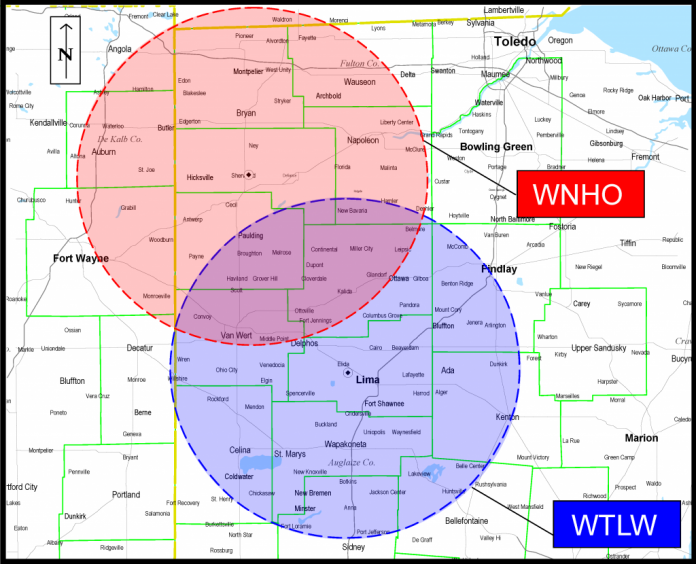 Earlier this year, we acquired a television station in the Defiance area. This addition to our existing signal has allowed us to increase our reach to Southern Michigan and Eastern Indiana. We are excited as God opened this door and continues to use the ministry of the channel to spread the gospel to a greater number of people.

We recently touched base with WNHO General Manager Ken Richer and wanted to share his update on the station with you:

They say that patience is a virtue.  The old proverb that says “Good things come to those that wait” may be true but that does not mean it is easy.  At least it isn’t for me.

This month, October of 2019, after several delays, the new WNHO, TV26 digital transmitter was turned on and the old signal that had been in place for 26 years was turned off.  The new picture and sound is a remarkable improvement over the old as I knew it would be from the moment I learned over a year ago of plans to upgrade the TV Station.

Over the past year, we have been very busy behind the scenes “building a better 26” for the Northwest corner of the state.  This building process has taken many forms. Some are very visible like the shiny bright orange antenna on the new transmission tower and the new building brought in to serve as the transmitter building.  Behind the scenes equipment and capabilities to support this new station have been added.  Observant viewers of the channel have noticed an increase in programming since February of this year.  We have added over 40 new family-friendly programs into our lineup. A main feature of this programming is our focus on local high school sports.  We serve 26 school districts with our signal.  Approximately 25% of our airtime is dedicated to bringing area high school and college sports to our viewing audience.  I challenge you to find another station (other than WOSN) anywhere close that does this. In addition, viewers with antennas now have the added benefit of receiving WTLW and WOSN along with the new and improved WNHO signal.

We have also incorporated other locally produced programming into our schedule.  Thought provoking programs like “Life Questions” and “Viewpoint.” The area newsmagazine program “All Around Northwest Ohio” that airs several times per week.  We also broadcast weekly teaching programs from local churches.

Now that the new TV26 is finally on the air after over a year of planning, it will continue to evolve and grow.  Although we have been on the air for 26 years, in many ways this is like starting off as a brand new venture. We think the viewers will like it.  Our patience has paid off.

Thank you for your gift!