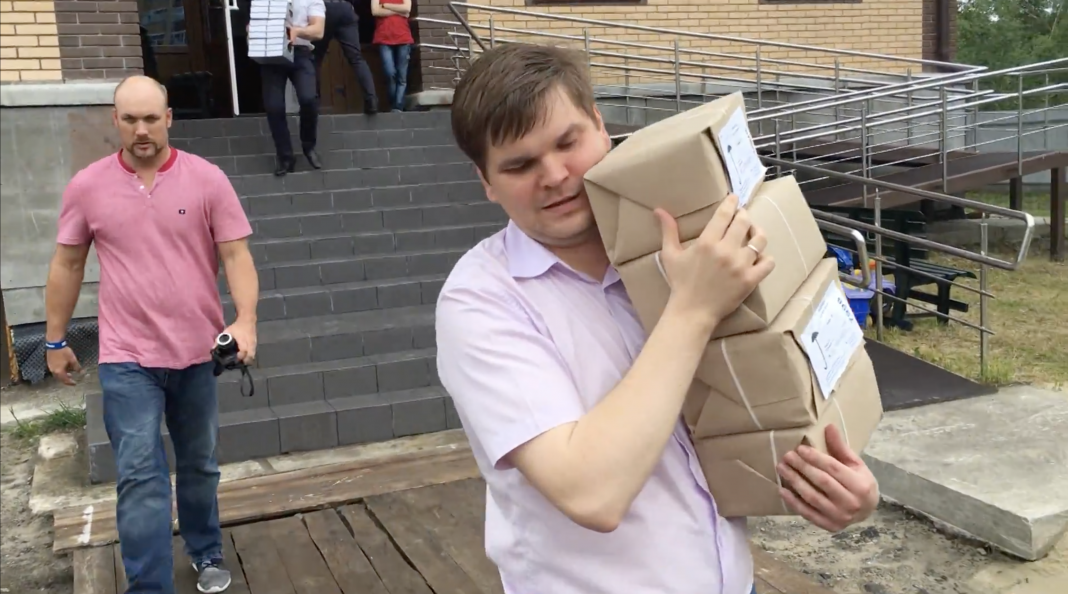 When was the last time you thought about your freedom to practice Christianity? It is not a something you think about regularly, is it? That freedom is so engrained into our nation’s culture that it is hard to imagine an America where someone would be stopped from going to church or trying to read the bible.

Unfortunately, this is not the case everywhere in the world. Some governments block their people’s ability to educate themselves and express their religious beliefs as a way to consolidate power. This is the case in Russia.

In Russia, the Russian Orthodox Church is the de facto state religion. Its connections with the government are undeniable and plentiful. These connections are used to enact laws that make practicing other religion’s harder and harder. In 2017, the Russian government criminalized the practice of being a Jehovah’s Witness. The government rounded up the leaders, seized their assets, and labeled the religion’s followers as extremists.

This past week I was able to sit down and talk to a man who is a Christian pastor in Russia. His name is Vlad. His stories felt like something from a science fiction novel about a dystopian future. The government keeps tabs on all non-Russia Orthodox Church gatherings and tells them when and where they are allowed to gather. You must register your church’s location. Any activity outside of that registered location could result in being arrested under Russia’s “Anti-Missionary” laws, which see missionaries as radicals trying to radicalize others.

So what can be done to help spread the word of God in a country like this?

Getting Bible inside of Russia

Vlad works with an American organization called I Am for the Urals Inc. This organization provides Vlad with free bibles to hand out to Russians in need. Bibles are not entirely banned in Russia. While they can be owned and read in private, the Russian government limits where one can buy a bible and how much it costs.

Many Russian people do not live close enough to these stores or they cannot afford the price. The vast majority of Russia is very rural and many people lack access to the internet. Vlad saw a need and as of today, he has helped deliver over one million bibles in his country!

Dangers of Carrying the Word

As you can imagine, this is a very dangerous practice for Vlad and his followers. Getting caught smuggling bibles would result in life in prison or death. However, it’s price Vlad and his crew are willing to pay if it means that they can help spread the word of God.

This is a price that Vlad’s grandfather paid in the 1930’s. Vlad grandfather went to prison, however, this act not only emboldened his families’ faith, but has now led Vlad to become one of the most important people in preserving the Christian faith in Russia.

I Am for the Urals

Without the work from the people at I Am for the Urals, Vlad would not be able to a lasting impact in his country. If you would like to support Vlad and his mission to bring bibles to those in need in Russia, consider support I Am for the Urals. They are a 501(c)(3) non-profit located in Georgia.

ROAR! Life is wild and God is good in St. Mary’s!

Nick Fraley - June 7, 2019 0
https://www.youtube.com/watch?v=OAlgVZc4Nag Vacation Bible Schools are underway and the TV -44 camera crew got a chance to find out what is worth "Roaring about" with a...
X