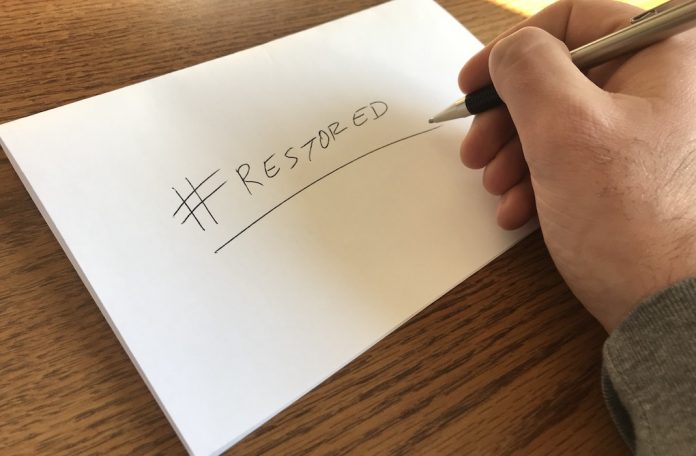 When I met my wife, one of our first “me too!” moments we had was discovering a mutual appreciation for Jeremiah 29:11. The verse stood for the universal sense of uncertainty that surrounds your early 20’s (and, I’m being honest, even well into your late 30’s). Around 2012, I experienced significant loss in my life and began to question whether I even believed the verse in the first place.

It wasn’t until early 2014 as I was preparing for a sermon where I finally understood what God was saying here.

A letter to the exiles

For sake of time, I won’t recap everything that led up to Israel being exiled to Babylon. For a very long season, I felt like Israel: rejected by God, wondering if He heard me, and not understanding that the predicament I was in was a result of my own actions. I was looking for a resolution to my prayers in a “Jeremiah way.”

Israel, too, was looking for God to restore them. A false prophet, Hananiah, came along with what I’m sure seemed like an answer to their prayers: within 2 years, the loss Israel suffered would be restored. However, Jeremiah labeled Hananiah’s false prophecy “rebellion” and it actually cost Hananiah his life.

Jeremiah 29 is God’s answer to the confusion that arose over Hananiah. Jumping back to 2014, when I stood up to preach my sermon that morning, I started it out this way:

“I want you to repeat after me: I have hope in Christ Jesus.”

In it for the long haul

Here’s something I don’t recall telling anyone else, except for my wife: I was uncomfortable preaching this sermon. Maybe that’s why it was so well received, I don’t know. I just remember telling the congregation something to the effect of “You might be in this for 7 weeks, 7 months, or 7 years” in reference to the trial that church was facing.

Deep down, I was praying God wasn’t telling me the same thing.

Israel was so focused on the past that they were missing out on their future. I think it’s safe to say when most of us suffer loss, we become nostalgic. We want what was taken to come back. For me, it was a way of life. For Israel, it was to go home. What is it for you?

Instead, God told Israel to set up camp. Get comfortable where you’re living. Build homes, plant gardens, and have families — you’re going to be in Babylon for 70 years! But then, God gave the promise:

In other words, yes God had a plan for Israel — but it wasn’t the plan they were expecting. How true is that in our lives? We think we can see so clearly but our lenses are really fogged up. We have nostalgia for a Ranger when God wants to give us an F150. But we have to trust Him that He has the proper timing for that F150.

Can the things we lose, whether through our own actions or God’s discipline, be restored? Naturally, the answer is yes — but I think it’s safe to say it won’t always look the same. All month long we’ll be looking at how we can be #restored, and I encourage you to use that hashtag this month. But first, an exercise.

I want you to go grab a piece of paper. It’s okay, I’ll be here waiting. I’m serious, put down your phone or walk away from your computer. Go find a piece of scrap paper and a pen or pencil. I’m not going anywhere.

Hey, welcome back! With that pen you (hopefully) retrieved, I want you to write down what the loss you’re nostalgic for is. Was it a job, a relationship, or maybe a possession? Whatever it was, write it down.

Now fold it in half and pray over it. Ask God to help you release the loss to him. Pray that He gives you the patience to understand his timing. You might be where you’re at for 7 weeks, 7 months, 7 years, or 7 decades — but know that His plan for your restoration is better than anything you or I can imagine.

Now, don’t open the paper back up: that’s what Lot’s wife did. Instead, crumple it up and throw it away. This is an exercise I’ve done with my Bible study group several times, and I’ve found it to be an effective way of moving forward. Hopefully, it helped you too!

If you ever need prayer from one of us, don’t hesitate to send us an email. And remember: trust God that your loss will be restored in His way!

Jeremiah Wright - May 8, 2018 0
I love the book of James: I’ve read it more than any other book of the Bible. It seems like anytime I find myself...
X