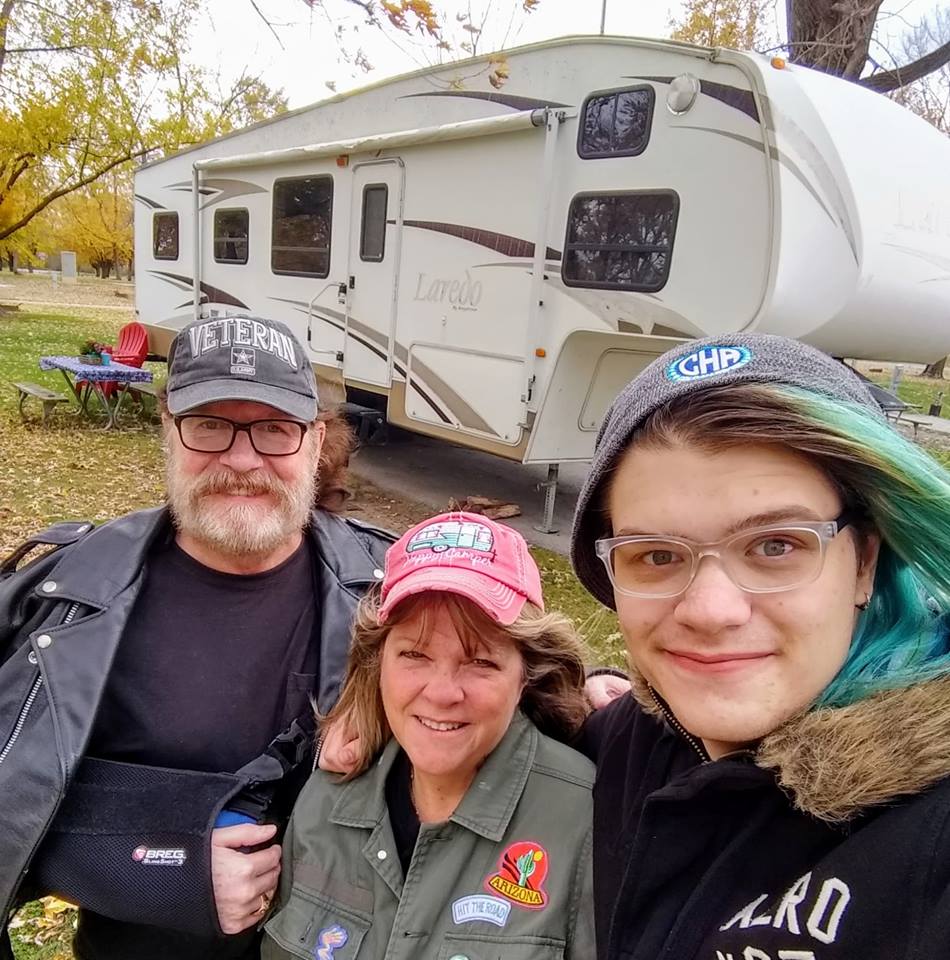 On the Road Again

She’s been connected to TV-44 for years: working as a part time camera operator….volunteering with the TV-44 auction….or just being a faithful viewer. But in 2017, when June Sanning was washing dishes, she didn’t realize how a crazy thought would later cause her to realize how valuable TV-44 is to her and this community.

“I wasn’t thinking of TV-44 at the time.” She said.”I was thinking about how we hadn’t gone camping and the summer was almost over. Then I had this thought to just get rid of everything, get an RV, and go to Tennessee to look around and have an adventure too.”

June,and her husband Gary, had been thinking of moving to Tennessee for several years, but had found it difficult to find what they were looking for while living in Ohio.

“I went to my husband and said, ‘I’ve got this crazy idea,’” said June.  While Gary agreed the idea was crazy, he also thought it was doable. The couple talked to their then 20 year old son, Brendan, who still lived at home. He was also on board with the idea.

By January 2018, the family had downsized, selling a majority of their possessions. The rest was put into two storage units, and the family hit the road in a 35 foot, 5th Wheel Camper, pulled behind a truck.

One of the first places the family went was Oklahoma, where they spent four months while Gary Sanning consulted on a recording studio there. Gary Sanning has built three studios himself, as well as playing and writing music. They also visited places like the Sun Studio in Memphis, Tennessee and several places in Texas, including Waco.

“We saw the Magnolia Silo and Bakery,” said June. “We ate at the Magnolia Table which I highly recommend. I was amazed at what two people can do. They definitely gave the town back its sparkle.”

Once summer hit, they headed back toward Ohio, making a stop along the way to welcome a new grandchild in Indiana. Once in Ohio, they stayed at various state parks, and also came back to the Lima area for annual appointments like the eye doctor and dentist.

Unfortunately, Gary Sanning injured his shoulder and had to have rotator cuff surgery which kept them in the Lima area longer than they had originally planned. While June Sanning said they don’t have any real itinerary, they will need to be in Disney World by the first week of December. Their daughter gifted them with the trip, and she and her family will be joining them.

June Sanning said one of her favorite things about the RV lifestyle is being out in nature. Their camper has big windows, and while the space is smaller than they are used to, June Sanning said the great outdoors is all around them. One thing June has missed, is good Christian TV. “We are not able to find a station like TV-44 when we travel out of the area. Once we return, we love to watch this station. It truly is a special blessing!”