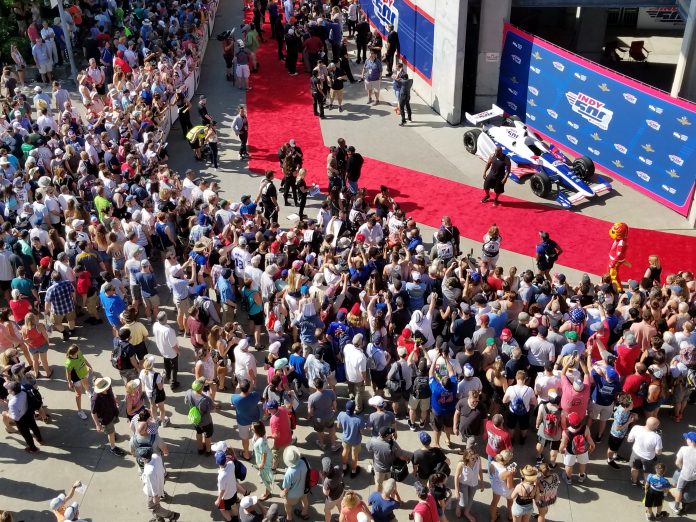 My Dad and I went to our 11th Indy 500 last month. I was mesmerized by the crowds. 300,000 people packed the Indianapolis Motor Speedway with hundreds lining the ‘Red Carpet’ area as pictured. So-called celebrities (I hadn’t heard of many of them) posed for pictures and signed autographs as fans clamored for their attention. It was crazy.

The Crowds Near Jesus

It made me think of what it must have been like when Jesus was walking this earth. Picture the scene in Mark 5:24-30

How did Jesus handle the crowd with such poise and love? There were so many needy people who wanted his help, his attention.

How does He handle it today? The same way. The same powerful love that emanated from Him then, still reaches out to us today.

We have to be like the woman and do all we can to get close to Jesus. e need to reach out to Him, as if He’s our only hope for healing.

The reality is, He is our only hope to be healed and restored.

Andy Lynch - May 4, 2018 0
We were in the Liberty-Benton press box for the Pat Wagner Memorial Track and Field Invitational on Saturday. It was around 40 degrees and...
X