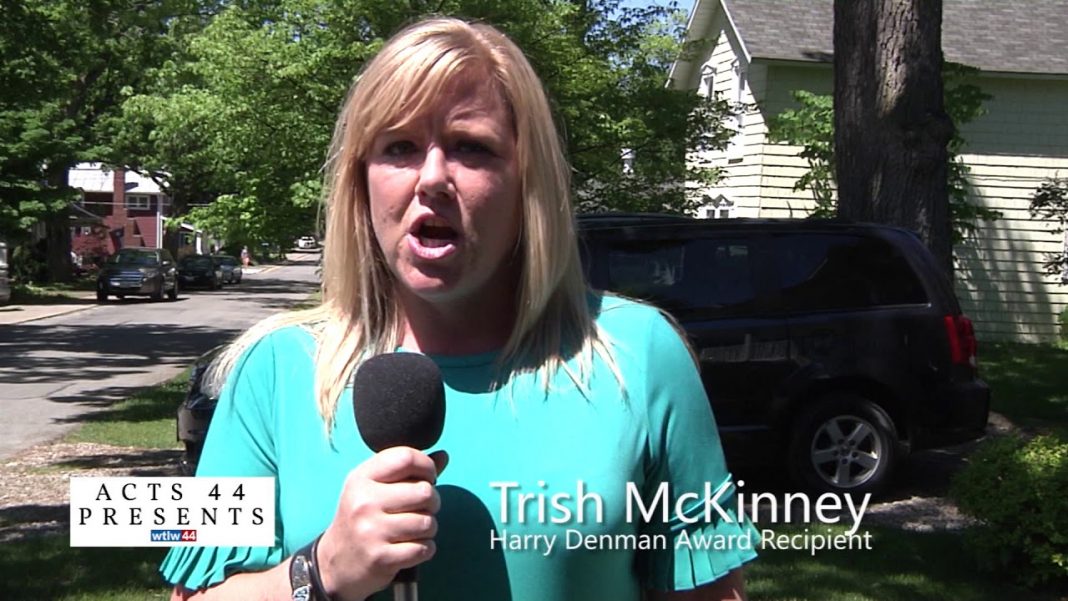 It was about 2 years ago when Trish McKinney talked with her pastor, Pastor Tim Benjamin, about volunteer work available through Forest Park United Methodist Church. Neither Pastor Tim, nor Trish, could have predicted how God was going to lead her life. Not long ago, her efforts were recognized by the entire West Ohio United Methodist Conference, with the presentation of the Harry Denman award.

“I have a heart for serving,” Trish said, just minutes after receiving the honor. “That’s what I feel my calling is.”

Trish McKinney wears many hats. She’s a mother, aunt, full time employee, friend to many, and now she adds a title no other layperson in Lima has been given: recipient of the Harry Denman Evangelism Award from the United Methodist Church. 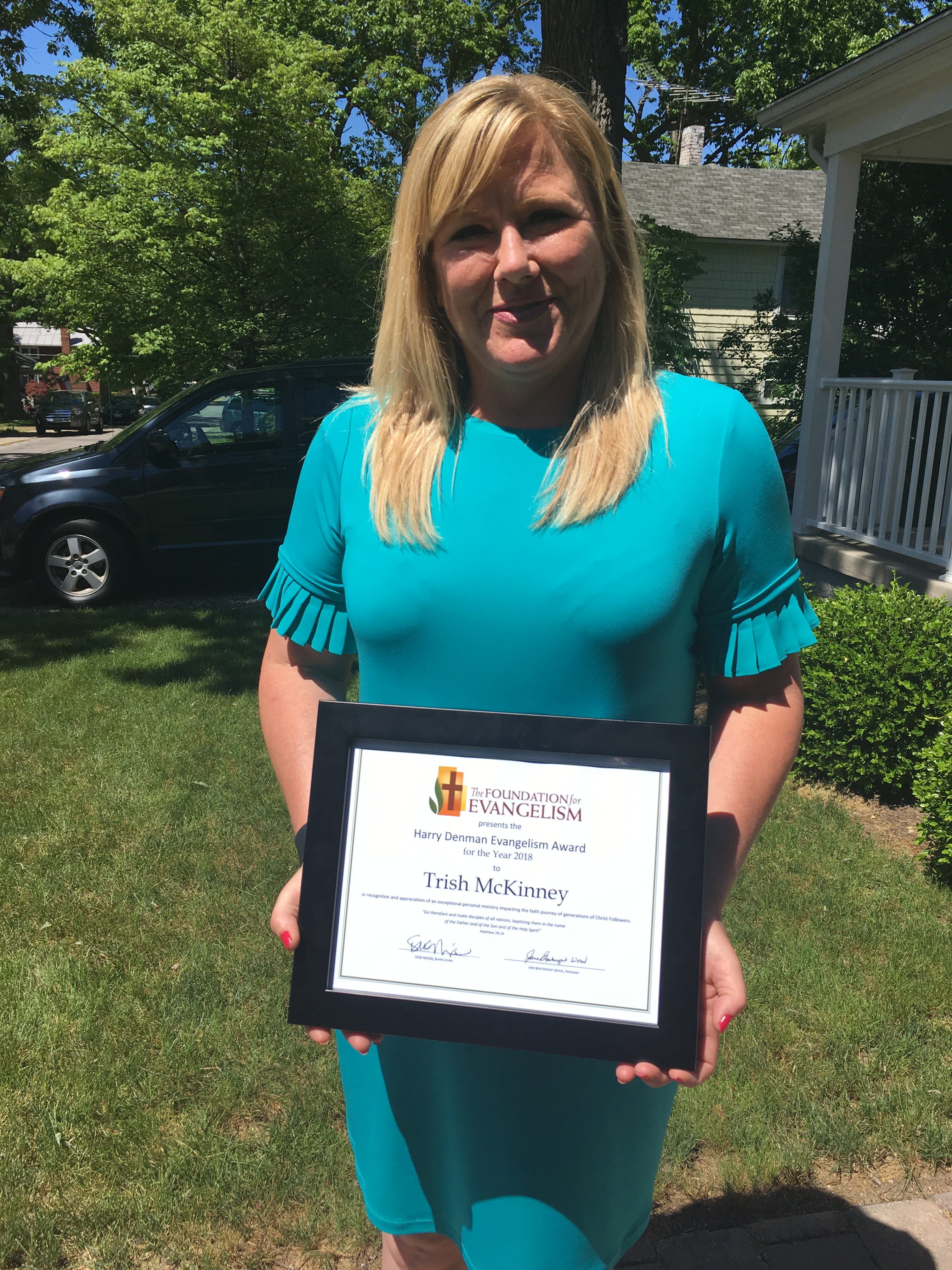 On a beautiful June day, at Hoover Auditorium in Lakeside Marblehead, during the 49th session of the United Methodist Church West Ohio Conference, dozens of churches and individuals were honored for their programs, their progress, and expansion of the Gospel throughout the past year. Toward the end of the awards ceremony, two individuals were brought to the stage and one of those two was Trish McKinney.

In a conference of 58 counties, only one clergy and one layperson is yearly awarded the Harry Denman award. And for the first time ever, the layperson selection is from Allen County: Trish McKinney, from Forest Park UMC.

“When I first met Trish, she had just gone through a rough time, some unfair things had taken place. But instead of letting that all beat her down, she decided to let it make her stronger.” said Pastor Tim Benjamin, who was pastor at Forest Park UMC at the time. “ She stepped up to the plate. I don’t feel like I did a lot, except say, ‘Hey, why don’t we try this?’ and she ran after it with reckless abandon. It’s been great, the past year and a half, to watch her grow.” 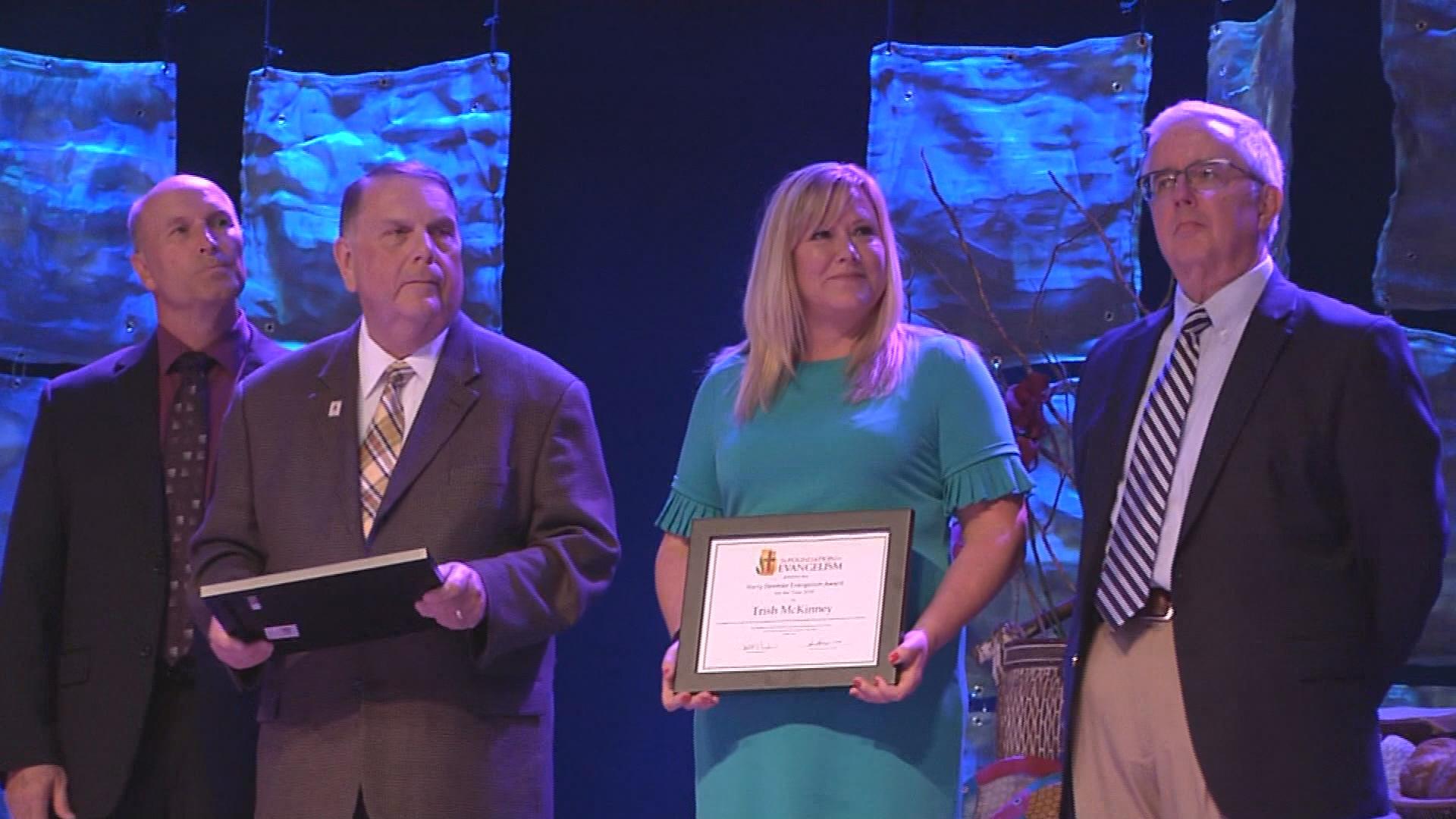 Growth for Trish meant first serving on the missions board, next becoming the chair, and then branching out further, to use her talents to help women in need, and expand Forest Park’s mission connection within the Lima community.

“As the chair, I encouraged her to pick one outside project.” Said Pastor Benjamin, who is now serving Wayne Street UMC in St. Mary’s. “She was debating on several, and then we met with Julianne Frankhouser, of Guiding Light Ministries and they took it from there.” 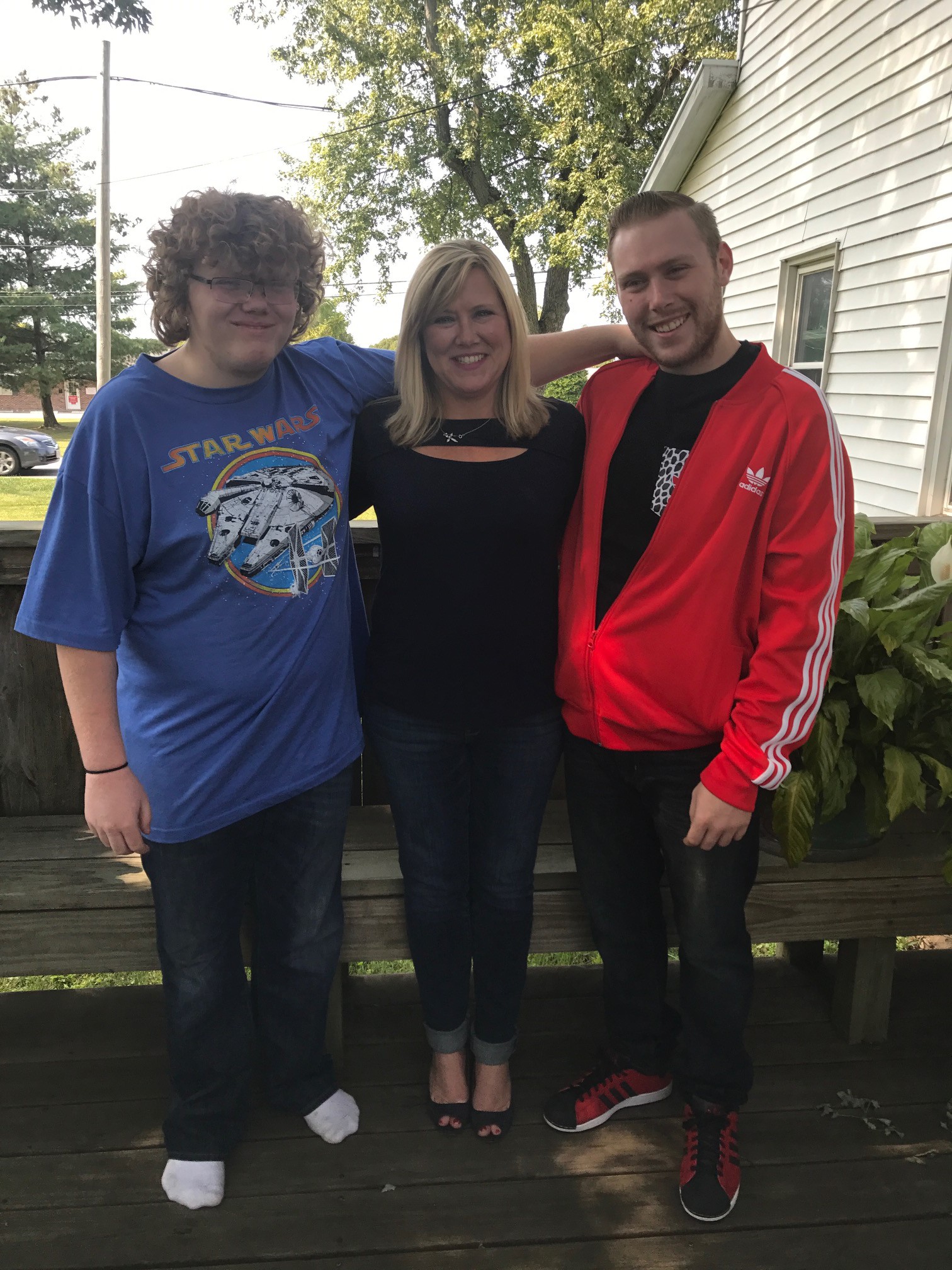 “I volunteer at Guiding Light a couple days a week,” explained Trish. “I work around the houses, help the women get to appointments, and basically whatever they need.”

Serving people, being the hands and feet of Jesus, replicating the work of Harry Denman.

“Harry Denman was an historic figure in United Methodism that was a great evangelist,” said Barry Burns, NW Plains Conference District Superintendent. “He brought many people to Christ. The Council on Evangelism has set this award up for years and it’s a very prestigious award.”

Trish McKinney didn’t volunteer to be recognized. She said the honor is special and she appreciates it. But it’s the work she is doing in Lima that keeps her going, and knowing that God isn’t finished with plans in her life.

Congratulations to Trish McKinney, recipient of the Harry Denman Award through the United Methodist Church.