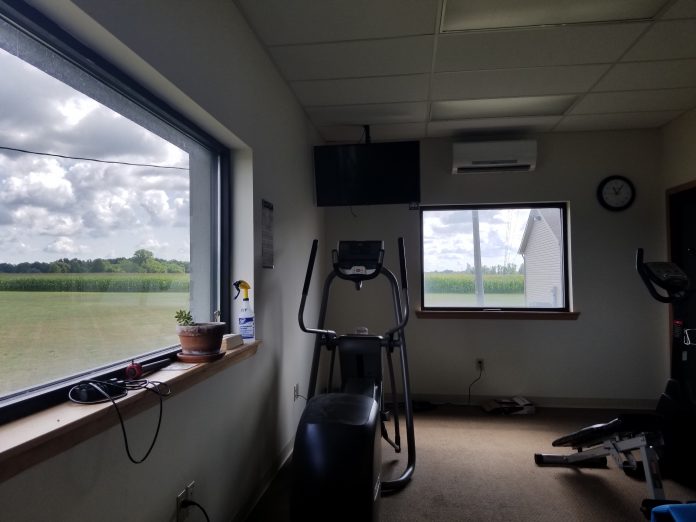 Yesterday, I sat in this spot, in the TV-44 workout room, and started at the cornfields.

I was dejected. I was unsure of what God was doing. All I could do was trust that He was still God and even though I could not see what He was doing, I knew He was still at work. Perhaps He was so deep in that harvest field that I was staring at, that I couldn’t see Him.

Sure enough, He is faithful! There He is, walking out of the fields and waving at me, as I search for Him! (not pictured in the attachment haha)

Let me explain. This morning, I woke up with an amazing sense of hope. A hope that didn’t make any sense based on yesterday. A hope that could only come from a God who’s very nature is hope.

Then I read the story of Joseph. It’s an awful story of pride and jealousy and rage. I didn’t really like any of the characters in the story.

I didn’t like the father, Jacob, who had a favorite child of his 13.

I didn’t like an arrogant young Joseph, who told his family how they would serve him.

I didn’t like Judah, who was controlled by his lusts and slept with his daughter-in-law (by mistake).

I didn’t like Joseph’s brothers, plotting to kill him, but settling for simply selling him as a slave to a passing caravan.

I didn’t like the raw emotion and sadness displayed by Jacob when he was presented with Joseph’s magnificent coat, now covered in blood. Feel the emotion for yourself:

There are lots of things not to like in this story.

You know what I did like? What I absolutely loved?

It’s what God showed me through that verse.

His mind told him one thing, the evidence pointed to that one conclusion, but the truth said something else. Something hopeful. Joseph was actually alive!

That’s where I was at yesterday! My mind was telling me one thing, but today, God showed me the truth of the matter.

The coolest thing is, he gave me hope before I knew the truth!

He wants to do the same for you today. What situation in your life seems hopeless? You think you know the truth of that scenario, but what if there’s more to the story?

Seek Him with all your heart. He wants to give you hope and peace, and He does it with a Spirit of truth and grace.